As you may or may not know, the theme parks here in Orlando hold a very special meaning for me. Ever since I was diagnosed with cancer, the parks have been an escape. They help me "heal" as I deal with having cancer. . I made the cards and started to hide them to bring some extra joy to the guests who found them and to walk the parks as exercise. It truly is a healing experience for me. Everyone has their own story, but sometimes I cross paths with someone who has a story I feel connected to. Enter Danette and Emileigh Goad.

On September 11th of 2021, Danette's daughter Allyson had her life tragically cut short at the age of 22 by a drunk driver. Universal was a special place that the Goad family loved. In her memory, Allyson's family and friends paint rocks with things that Allyson loved and things that help them to remember Allyson. I never meet Ally, but felt an instant connection when I meet Danette and Emileigh on a recent trip to Universal.  They have continued their trips to Universal as a step in the healing process.  Maybe that is the connection I felt. People from different walks of life, crossing paths and sharing that the parks are much more than theme parks.

I invited Danette and Emileigh to ride a Mardi Gras float with me. They have never been before. We chatted. They shared some stories, some pictures and videos. We had a blast during the parade. Throwing beads to the crowds of people that lined the streets. When all was said and done, they both said they had a great time. One thing they said stuck with me. They both said "Ally would have loved this".  I am not an emotional person, but that hit me. It made me wish I could have meet Ally. From the stories, the pictures, the videos, I can tell that Ally was my kind of people!  She had this type of impact on someone she has never meet just from the way her family talks about her.

I was made a member of Team Ally and I wanted to do my part. I decided to make a card in Ally's memory. One, to help promote the message of not drinking and driving, and two to help keep part of Ally presence in Universal. Thus, the Ally Rocks card was created. The Ally Rocks card,  much like the rocks, are hidden in the the parks for people to find. I randomly insert the card into the park packs. I sometimes take pictures of the cards with attractions or where I am hiding the card. I post clues on the Crafting Facebook pages and hope that whom ever finds the cards enjoys it!

I have made over 250+ different theme park/movie related cards, but I am most proud of this one.

There is a page dedicated to the rocks that are painted and left all over the world. The message is a simple on, Don't drink and Drive. Ally deserved to live.  Please do me a favor and click the link below and follow ALLY ROCKS on Facebook.

Since first meeting Danette and Emileigh, they have continued to visit Universal again almost every two to three months. I spends most of all week with them when they are here. We talk on a regular basis now and they have become family to me. I will continue to drop Allly cards at the parks when they are not here and my family and I have also started to paint rocks in Ally's honor.  They are truly amazing people who, for both of us, were meant to cross paths and be part of each others life.

Ally Rocks has grown tremendously over the last year since I first meet Danette and Emileigh. I have since meet Frankie (Ally's dad) and Colin (Ally's brother) among other close friends.

Ally Rocks has taken the steps to become a certified 501(c)3 nonprofit. I could not be more proud of all the hard work that Danette took to make that happen. I am also very honored to let everyone know that I have accepted the position of Vice President of the nonprofit.  Like I mentioned above, The Goad family has become my family. I have some weird cosmic connection to them and am happy they have welcomed me and my wife with open arms.

Many of the other crafters have joined the army that is Ally Rocks 405. The rocks and so many other crafts continue to be make and hidden all over the world. They help keep Allys memory alive and well and help spread the important message the if you drink, please do not drive.

I have created a second card that was used also as a tee shirt design.  I have also updated the back of the original card to give more insight to who Ally was and the cause that is Ally Rocks.

Ally deserved to live and she would be here today if someone had not made a selfish decision to get behind the wheel drunk.  I will help spread the message to not drink and drive in hopes that whom ever hears that message, they will never have to go through what the Goad's have to endure.

There have been several Scavenger Hunts put on in conjunction with Theme Park Watch. Top prizes have included a Hogwarts Castle statue (Valued over $300) and a engraved skull by artist Zane Wylie (Also valued over $300).  These prizes have been paid for out of the Goad's pocket to help raise awareness against drunk driving and to give back to so many people who have helped keep Ally's memory alive.

Now that AllyRocks405 is now an official nonprofit, we will be raising funds to help the cause with the end goal of raising enough money to be able to partner with local bars to ensure people get home by offering rides via services such as Lyft and Uber free of charge. 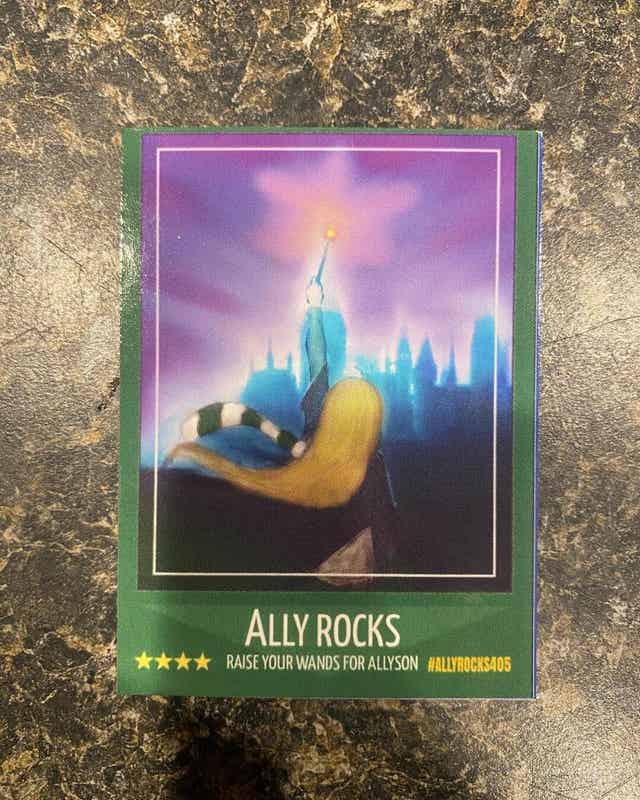 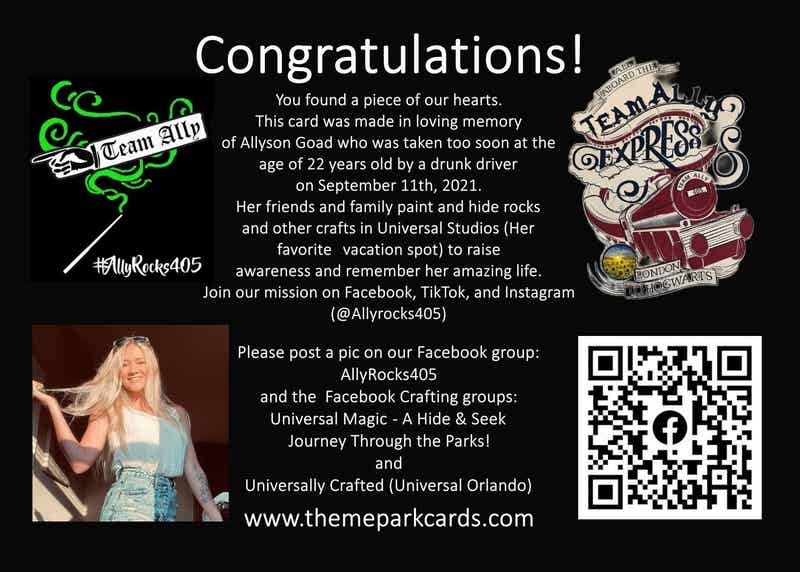 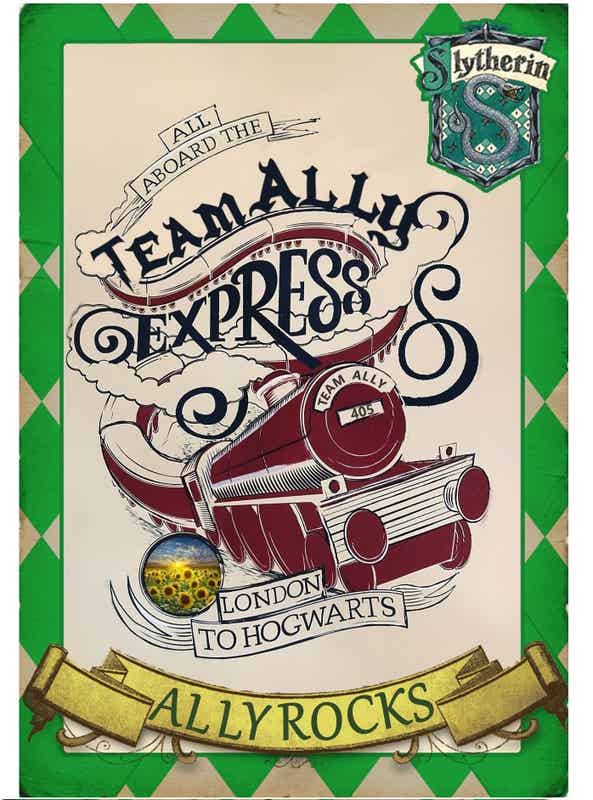 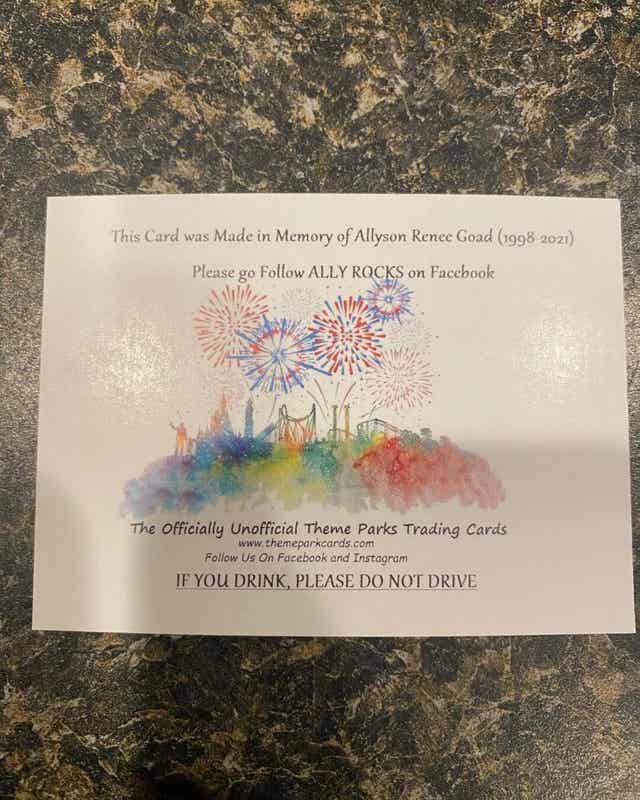 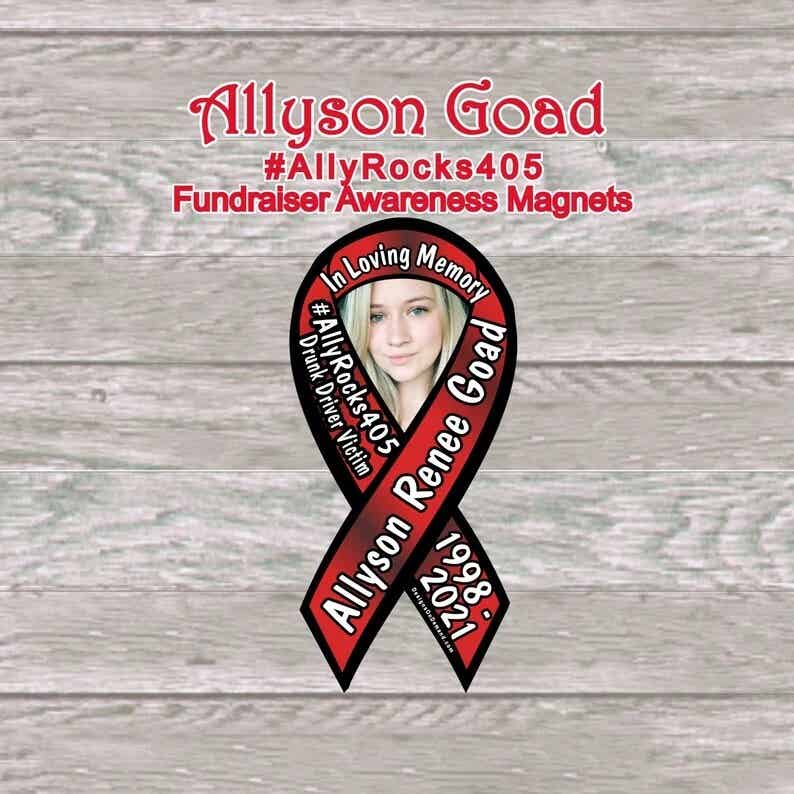 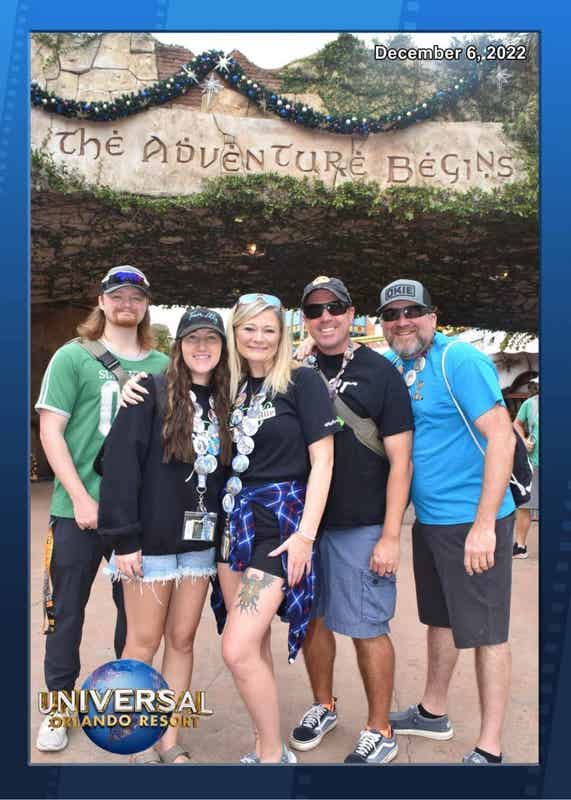 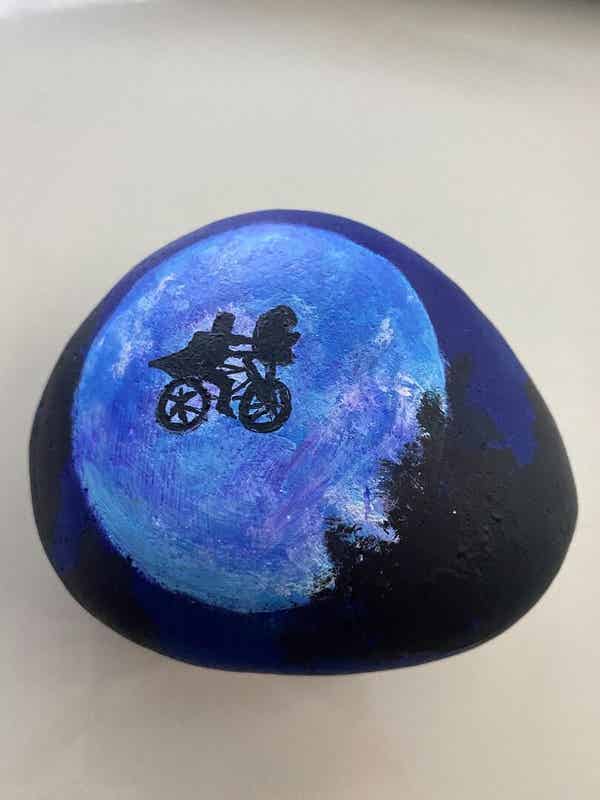 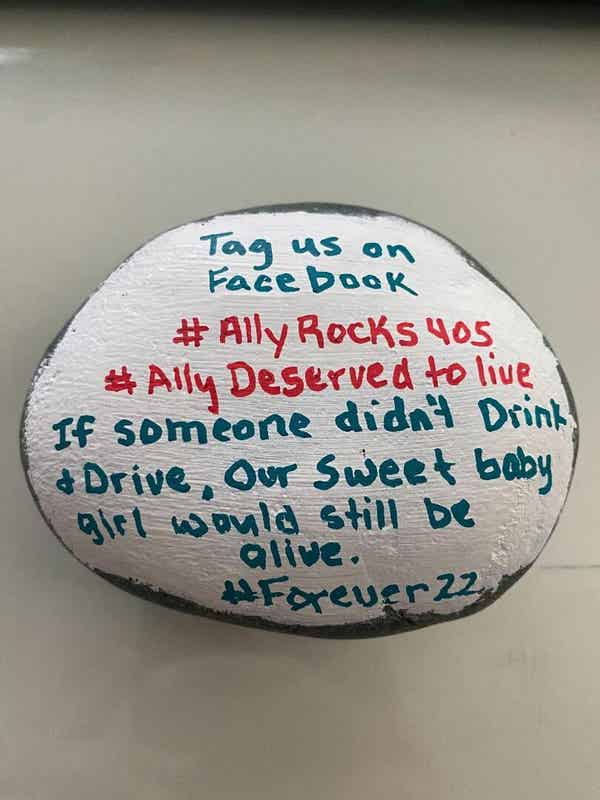 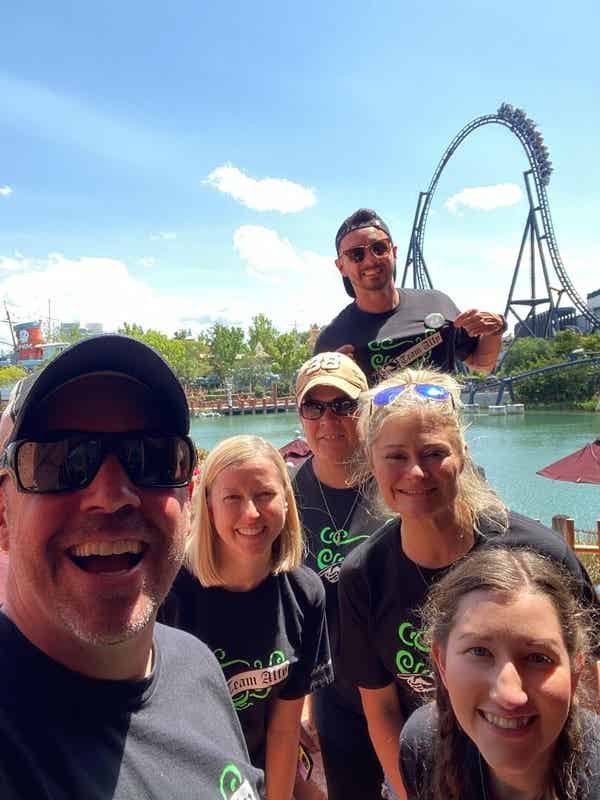 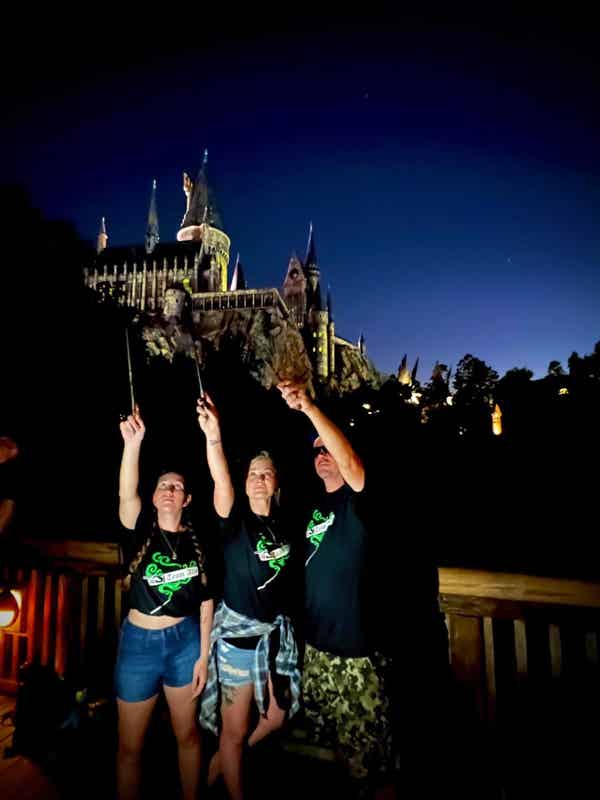 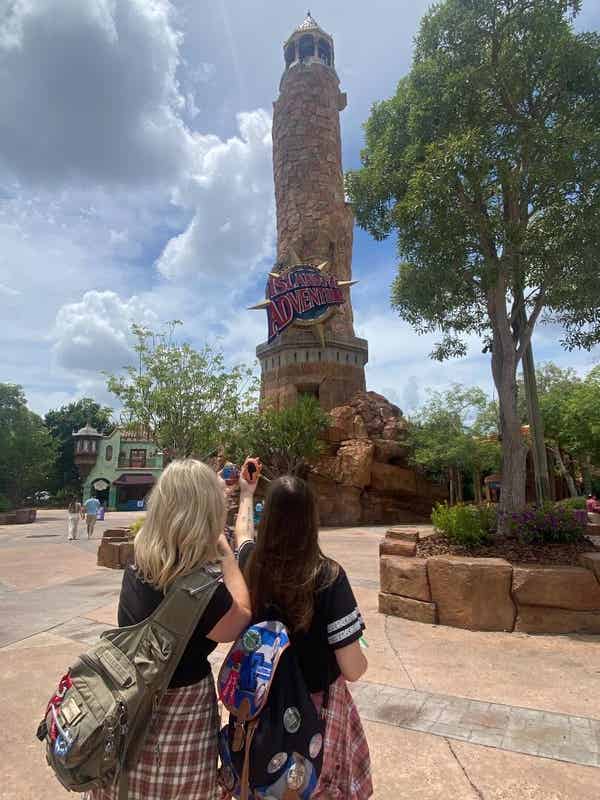 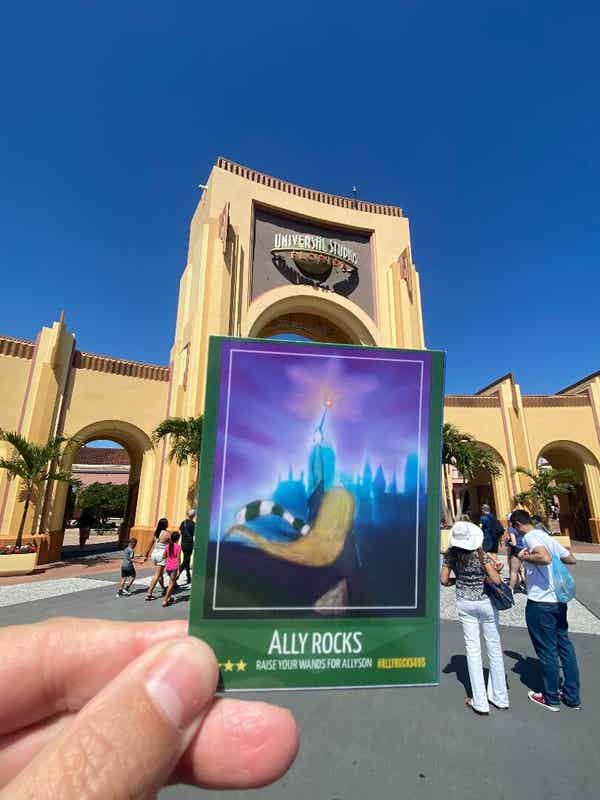 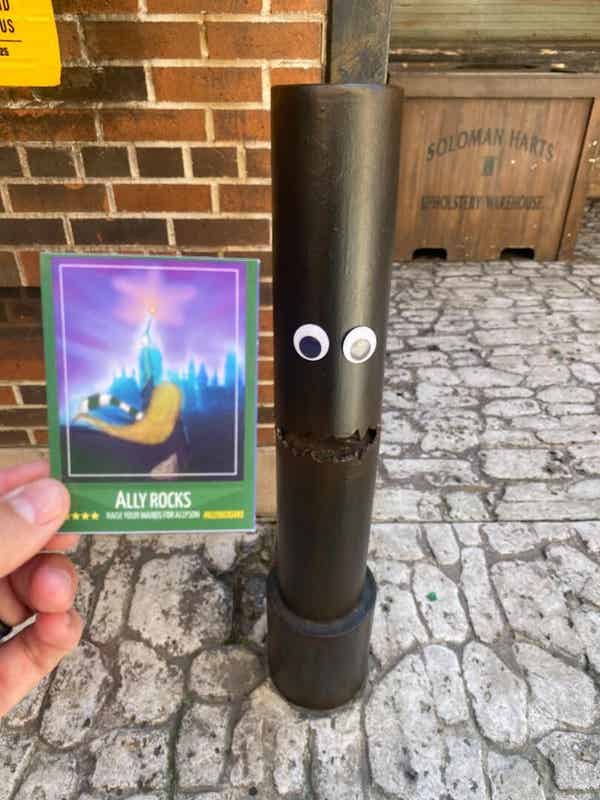 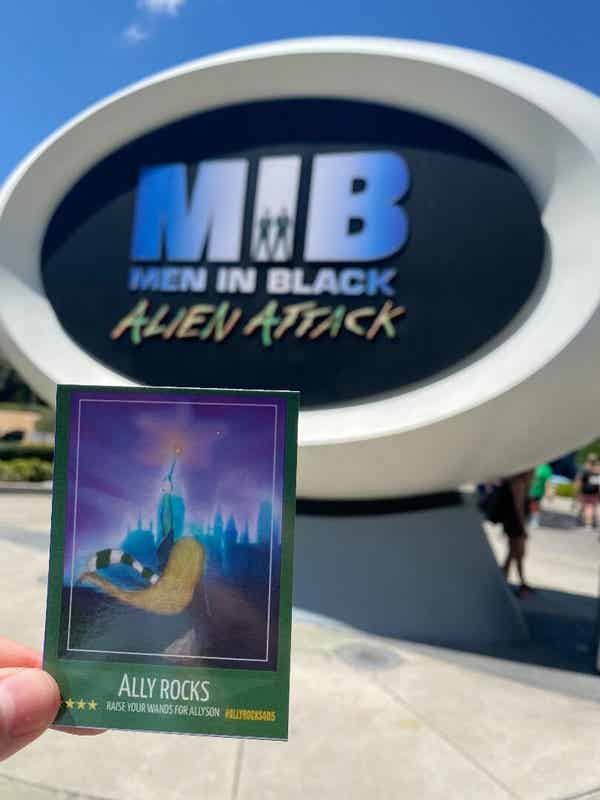 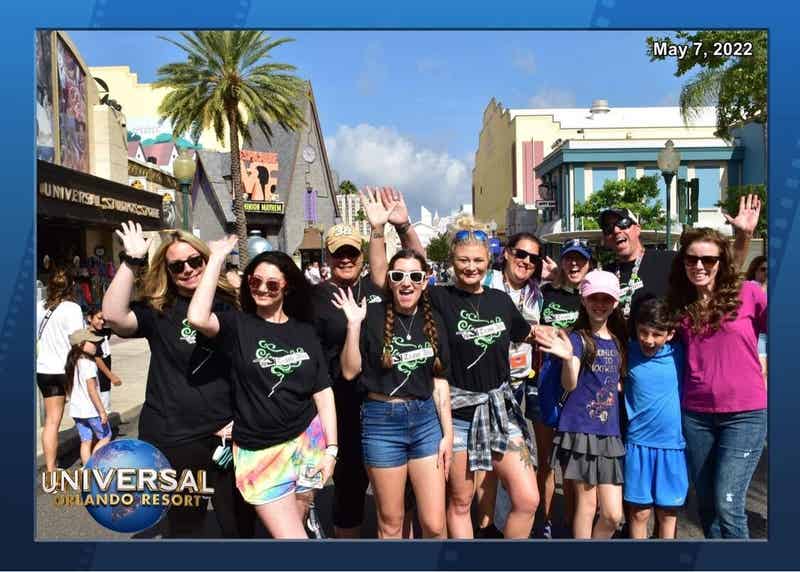 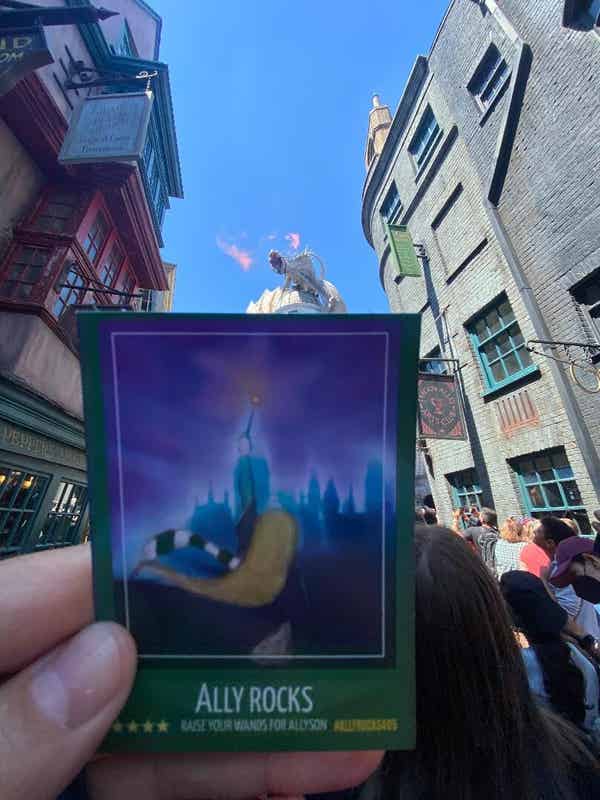 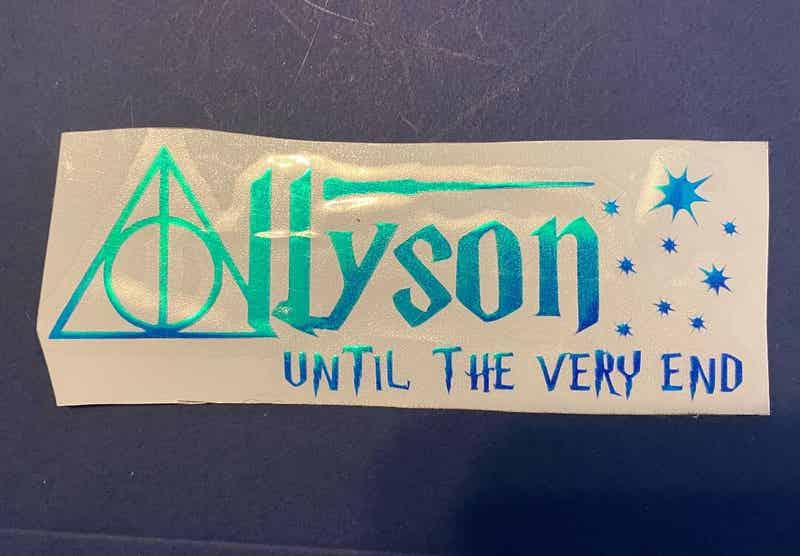 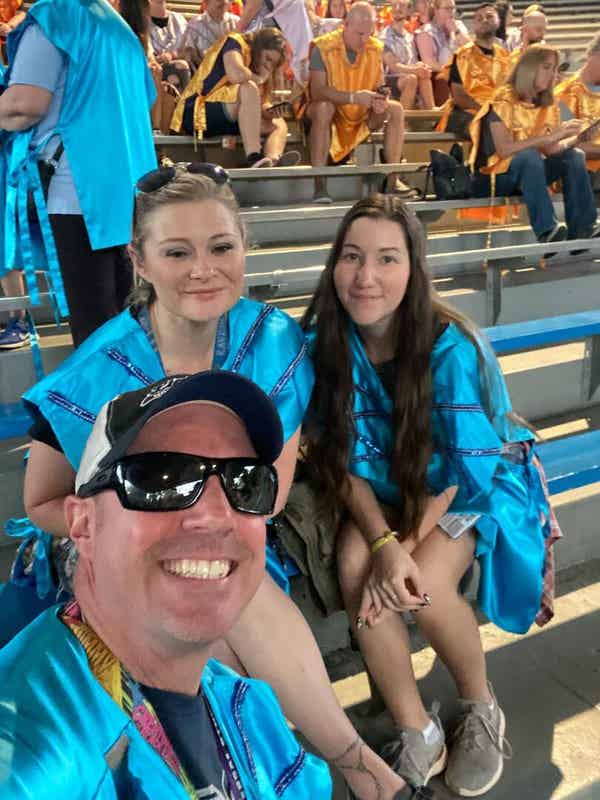 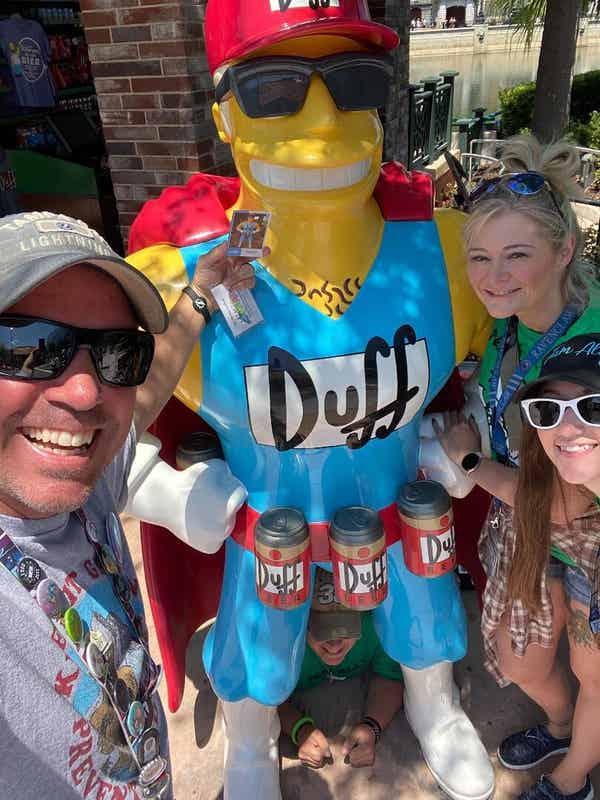 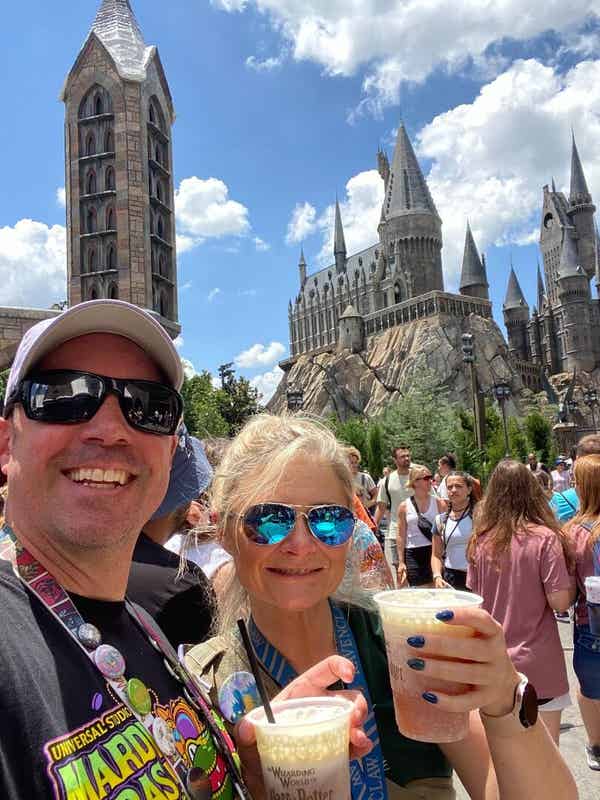